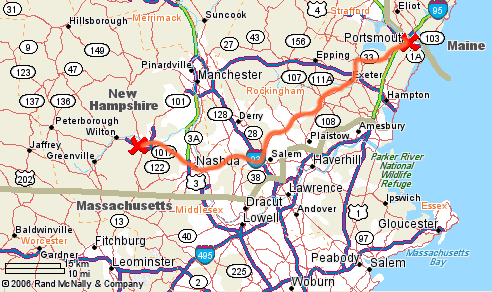 New Hampshire in the spring! Our views were filled with old farm houses, continuous stone walls, forsythia and azalea bushes, flowering cherry trees, white churches, and rolling hills to name a few. We do not take for granite, living in New Hampshire ;-)!

The trip home on Sunday was just as pretty, except for our slight misdirection, which forced us through what is normally a pretty bad section of road. It turned out to be not quite so bad (after all), and the drivers were courteous. We didn't get home until around 5 pm with a total of about 83 miles for the day. We actually averaged a better speed on Sunday but were really delayed because we stopped to visit with a guy who was out working in his yard. We stopped to ask him about his new motor home and the next thing you know he offered us a tour. He and his wife had just retired and purchased this 2006 Lazy Daze class C motor home, 26.5 footer. So naturally we had to check it out. They will be traveling to Cheyenne, Wyoming this summer to the same rally that Noel's parents are planning to attend. It's a small world. One thing about being on a bike, you seem to meet some of the nicest people. 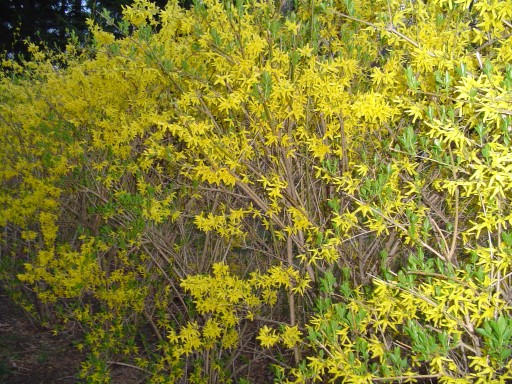 Cycling tradition has it that if you do a tour across the US you start by dipping your wheel in the ocean on one side and then when you make it to the other side you dip your wheel into the other ocean. Well I'm not sure if we are going to make it to the Pacific ocean or not but we did officially start our tour this weekend by riding from Milford, NH to Portsmouth, NH to stick SeeMore into the Atlantic Ocean. We originally intended to make this trip a little closer to our 25th anniversary on May 23rd but the weather was perfect and we were ready to go.

Portsmouth is about 75 miles from Milford, traveling the back roads. We have maps for NH that indicate the best routes for cyclist to travel. For some reason the Rear Admiral picked all of the best roads and we traveled through some of NH most beautiful places. We did not pass a single bad dog, dump or waste water treatment plant. There wasn't a cloud in the sky on either Saturday or Sunday and we only got slightly lost for about 5 miles. We started at about 8 am on Saturday and we were in Portsmouth at about 3 pm. We stopped for directions to the hotel at a bike shop and ended up chatting with the owner of Papa Wheelie about his bike tour last year in New Zealand.

We were able to get a reservation at the Courtyard Marriott in downtown Portsmouth. It was awesome. We had the pool and Jacuzzi all to ourselves! We went downtown and had dinner at the Gaslight restaurant and sat and watched the tourist on Market and Congress streets. Just before dinner we rode down to the pier and did the official wheel dip. Then took a short walk through Prescott park, a pretty little park right across the street from Strawberry Bank. 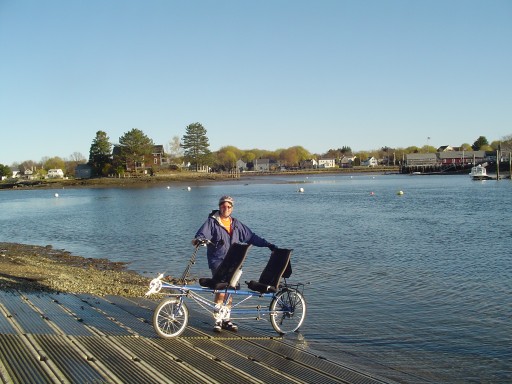