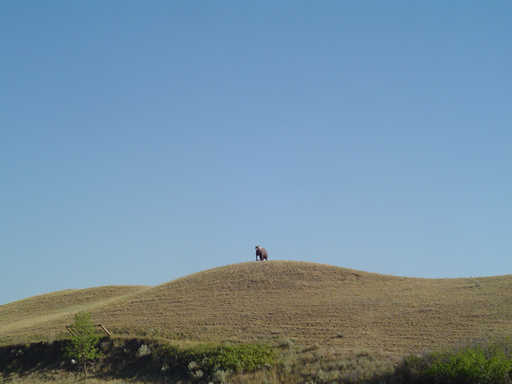 Great ride today! Started off with the usual large breakfast, this time at the Oasis Cafe in downtown Glasgow. We thought it would be a short day, so we rode around Glasgow after breakfast and then started a leisurely ride west. We had head winds, but we were not in any rush so we eased up on the pedaling into the wind. We stopped at a roadside rest area, and we were greeted by Dexter, a golden retriever who wanted to ride on SeeMore for a while instead of getting back into his quarter million dollar RV. What can we say, that dog had taste!

Somewhere in the middle of Montana, on Highway 2, we met Susanne and Bob who are riding from Anacortes Washington to Boston. You can read more about their trip by clicking http://www.crazyguyonabike.com/journal/1344 This is their FIRST time touring on a bike! WOW!! Two of the nicest people you ever met. As cars drove by us, we shared our tales and adventures. They checked out SeeMore pretty good and we assured them that numb hands and butts are a thing of the past on this bike.

We rode into Hinsdale and had a picnic lunch in the park. It afforded us the view of main street and the hustle and bustle of Hinsdale (4 pick-up trucks, 2 cars). Prosperous is not an adjective you would use to describe Hinsdale, although they did have a nice school at the end of Main Street. We then rode towards Saco (pronounced Say co) our planned destination for today. About 5 miles outside of Saco, the mosquitoes hit, or should we say ambushed us on the hill. These suckers (pun intended) are mean and arrive in hordes. At first we couldn't believe it. They kept trying to attack us from the middle of nowhere (picture open grassland for miles and no trees), in broad daylight and especially on hills where we were easy prey. Thank you Roberta and Perry! For those Off bug repellant packets! Without missing a beat (or a pedal in this case) we were able to put on bug repellent without stopping.

After our afternoon siesta we headed out for the 28 miles towards Malta. A very enjoyable ride with views of lakes and some first glimpses of mountains in the far off distance. As we rounded the bend into Malta we met another touring cyclist, 19 year old Jacob. This amazing young man is traveling solo from Anchorage, Alaska to western Pennsylvania where his home is. He has been on the road since June 27th and at this point didn't even have a map. He just came over the Canadian border today and hasn't picked up a Montana map yet. He did not use a map for most of Canada! He is averaging over 100 miles a day but noted that he may have to cut back as the days aren't quite as long as they are up north. 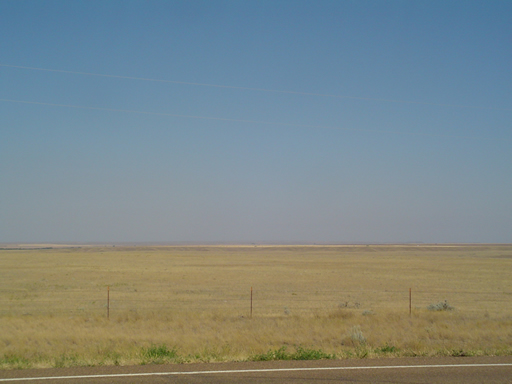