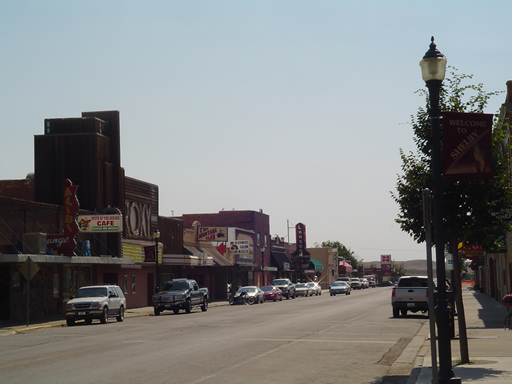 We rode out of wheat country into ranching and hill country today. The traffic on today's journey was pretty sparse. We did have one large truck blast his horn while he was even with SeeMore, woke up the Rear Admiral and I had some ringing in my ears for the next few minutes. I gave him/her a friendly wave, and soon he/she had disappeared over the next rise. We saw a golden eagle catch a rabbit for breakfast, and two more close to us. We also saw acres and acres of wheat fields until we reached Shelby.

We stopped at the visitor's center in Shelby, and they gave us care packages for our trip. Each package included toothpaste, gum, mints, band-aids, and granola bars (2 of each!). The info lady recommended the Griddle restaurant, downtown, and the Rear Admiral had her usual lumberjack special (it was 11:00) and I had a Swiss Cheeseburger followed by a slice of Peanut Butter Chocolate pie. When you ride, you get to eat!

After Shelby we began rolling through the foothills of the Rockies. In Cut Bank, we think you can barely see the Rockies in the distance (maybe because of the haze?). We are out of the sun again before it reaches 93. 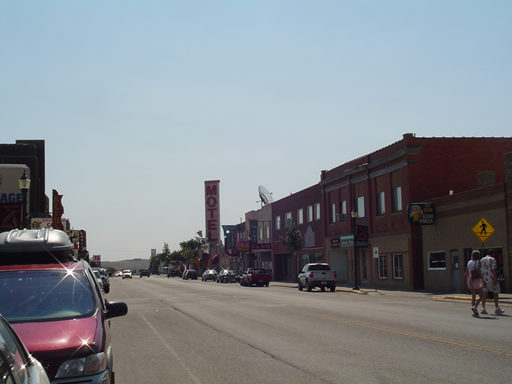