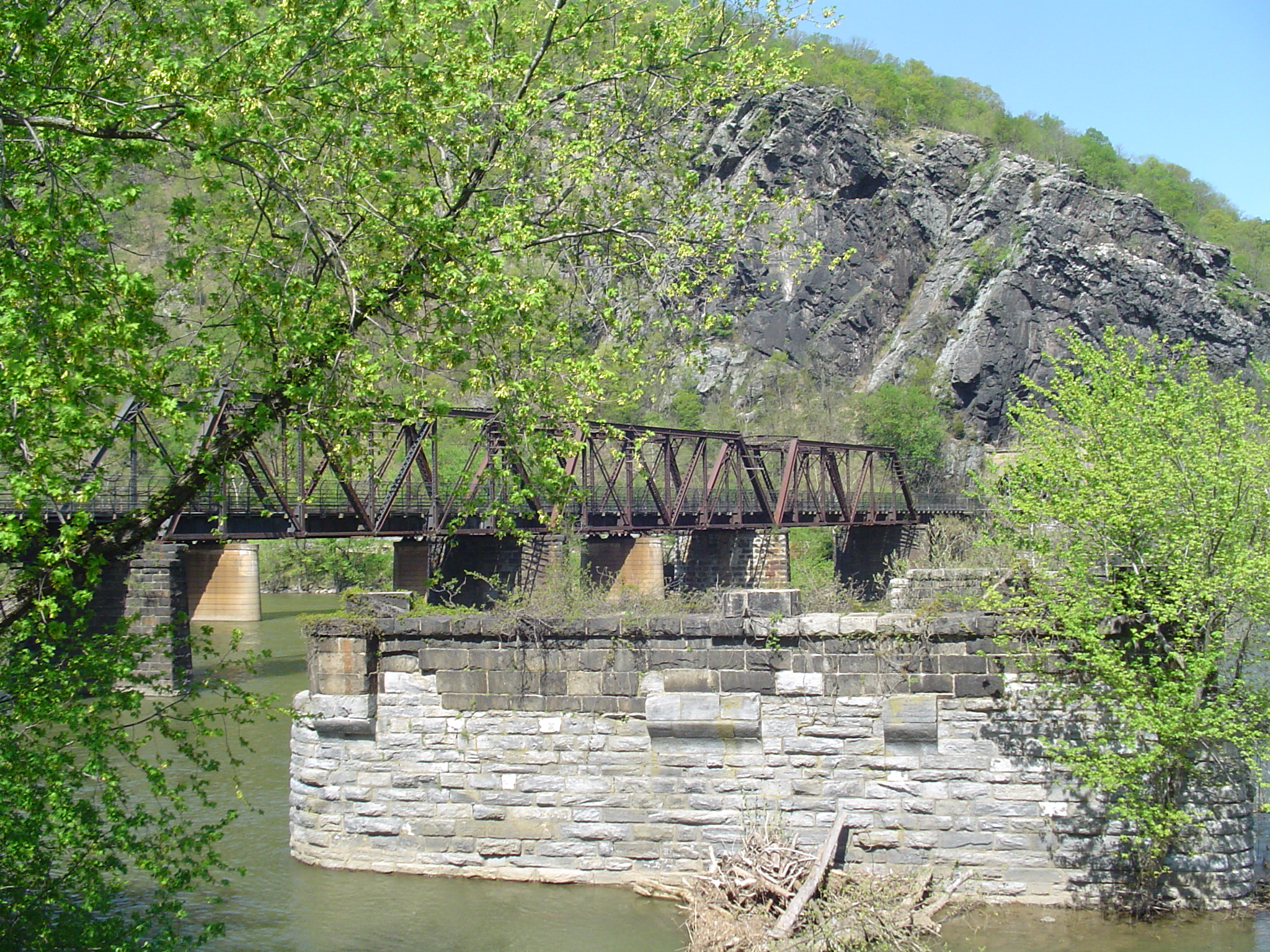 Just more of the same....sounds boring right? WRONG! We started our day at the Waffle House where we watch Dustin eat the "All Star" breakfast. Man I thought the Rear Admiral could put away food! We had the Waffle House all to ourselves, which either means the economy is bad or it's the food. This is the first Waffle house that I have been to, the food was ok....I enjoyed the grits.

We were like three little school boys, giddy, as we entered the towpath. And why not, it was going to be another hot day (it reached 92), the Potomac would be on our right, the canal would be on our left, the trail was hard pack and dry, the flowering wild flowers and trees colored the trail, the wild life abundant, and the trail covered with trees making it feel like some kind of magical tunnel. Yep, just plain boring.

We met a lot of walkers today. There is a group of retired hikers who are hiking the trail. They have a sag wagon, but they all have lots of energy. Most of them noticed SeeMore from the hotel last night. Here's a question; how many "Good Mornings" can you hear, and then get sick of hearing them? Answer, you never get tired of hearing it!

The C&O has a detour near Dam 4, which puts you on some Maryland country roads. Then it's back on the towpath. Before we knew it, we were in Shepherdstown and eating lunch and having a cold one. Shepherdstown is a college town, and even though the climb out and up from the towpath is a challenge, it's a worthwhile trip across the bridge into West Virginia. After lunch, SeeMore went down is a heap. We were on Main street, about 3 blocks from lunch when a Ford pickup truck narrowed the space that SeeMore needs to travel through near a parked van. Truth is, plain and simple, the Captain made a bonehead move. I saw what the Ford was doing and should have stopped. So at a whopping 2 mph, we went down.....well just SeeMore and I. Somehow Dustin was standing beside us, as we went down. Only thing hurt was my pride.

I thought about what happened for a very short time, once you get back on the towpath, thoughts like that disappear when everything around you is peaceful. Greg and I resumed our traveling side - by - side, and the "Good Afternoons" (cousins of the 'Good Mornings") began. The only thing exciting was that SeeMore limiting screw snapped off. This screw sets the distance between the handlebars and the Captain. Nothing to do but get a small stone and wedge it in.

We parked our bikes and walked across the the converted railroad bridge into Harpers Ferry. It is the 5th or 6th time I have visited Harpers Ferry. Harpers Ferry is located on a hilly piece of land, sandwiched between the Shenandoah river and Potomac river. It was one of the United States first weapons manufacturing armories (muskets), it change hands 8 times during the Civil war, but was mostly control by the Union. Harpers Ferry is most famous for the John Brown rebellion (1859). You can read about it on the net. But it is very interesting John Brown was an abolitionist who advocated and practiced armed insurrection as a means to end all slavery; ironically a freed slave became the first casualty of the raid.

After walking up and down the streets of Harpers Ferry, we walked across the converted railroad bridge, mounted our iron horses and continued on to Brunswick and chose the Brunswick Community Campground as our home for the night. The Prince of Wales II is up and looking over the Potomac. We will be heading into town shortly for dinner, and tonight we will get to be rocked gently asleep by the sounds of the modern railroad. Yes sir, there are 8 train tracks that parallel the campsite, and a train yard. Oh boy!