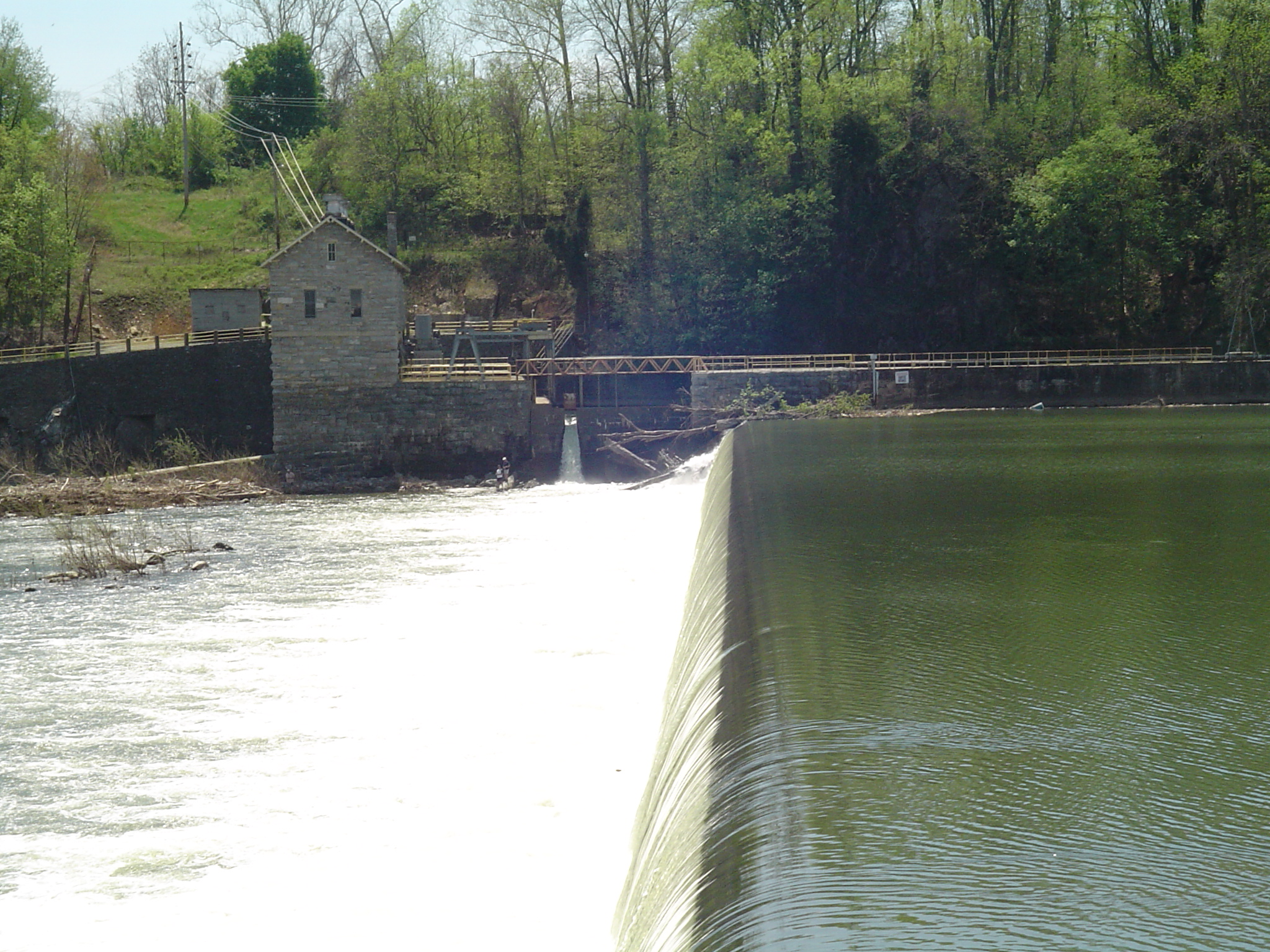 We turned around with 50 miles to Washington D.C. We couldn't find a hotel for less than 200 dollars in Georgetown, and there was really no camping......so we are heading back toward Pennsylvania. Another day with cloudless skies, and temperatures in the low 90's. Boy does this stink.....not!

We had breakfast at Mommas in downtown Brunswick where we enjoyed both the food and the company. Greg and I sat back and marveled at the amount of food Dustin packed away. I have always been surprised at the amount food the Rear Admiral can put away at breakfast, while on tour. It must be that back seat, because Dustin does the same thing.

Today was a day of mechanical concerns. First Bertha (our large backpack) would not stay in place. We stopped a number of times until finally Dustin figured out that the yellow sack wasn't on correctly. Next SeeMore lost the front chain, I think it was a stick that got caught in it. Next Dustin looked down and saw that one of the the S and S couplings had come lose, so.....everything off and turn SeeMore upside down. It was a good thing because we found out during this repair, the rear shift cable was not in it's slots (which explained some of the hard shifting in the morning). No big issues, until Greg broke a spoke which made his tire wobble with about 10 miles left in today's travel. Still not a big issue because we knew of a bicycle shop in Williamsport.

We had a GOURMET picnic lunch at Dam 4 of Peanut Butter and Jelly sandwiches, beef jerky, and trail mix. We then decided to head up the C&O on the closed section. So ignoring the signs, we head up the trail until we couldn't ride anymore, then turn around to follow the detour that takes you through country roads.

Everything is green, trail was beautiful, and a wasp flew up my shorts.

We are back at the Red Roof Inn, Greg's wheel is fixed and we are excited about having a "boys" night with beer and Stanley Cup hockey.